Want to learn something?  Check out our instructed Passover Seder/Agape meal in English, Spanish and Hebrew! https://drive.google.com/file/d/1zBJ5ZggGjA-2aNSA_9XfL9lKXxKYqnzQ/view?usp=sharing 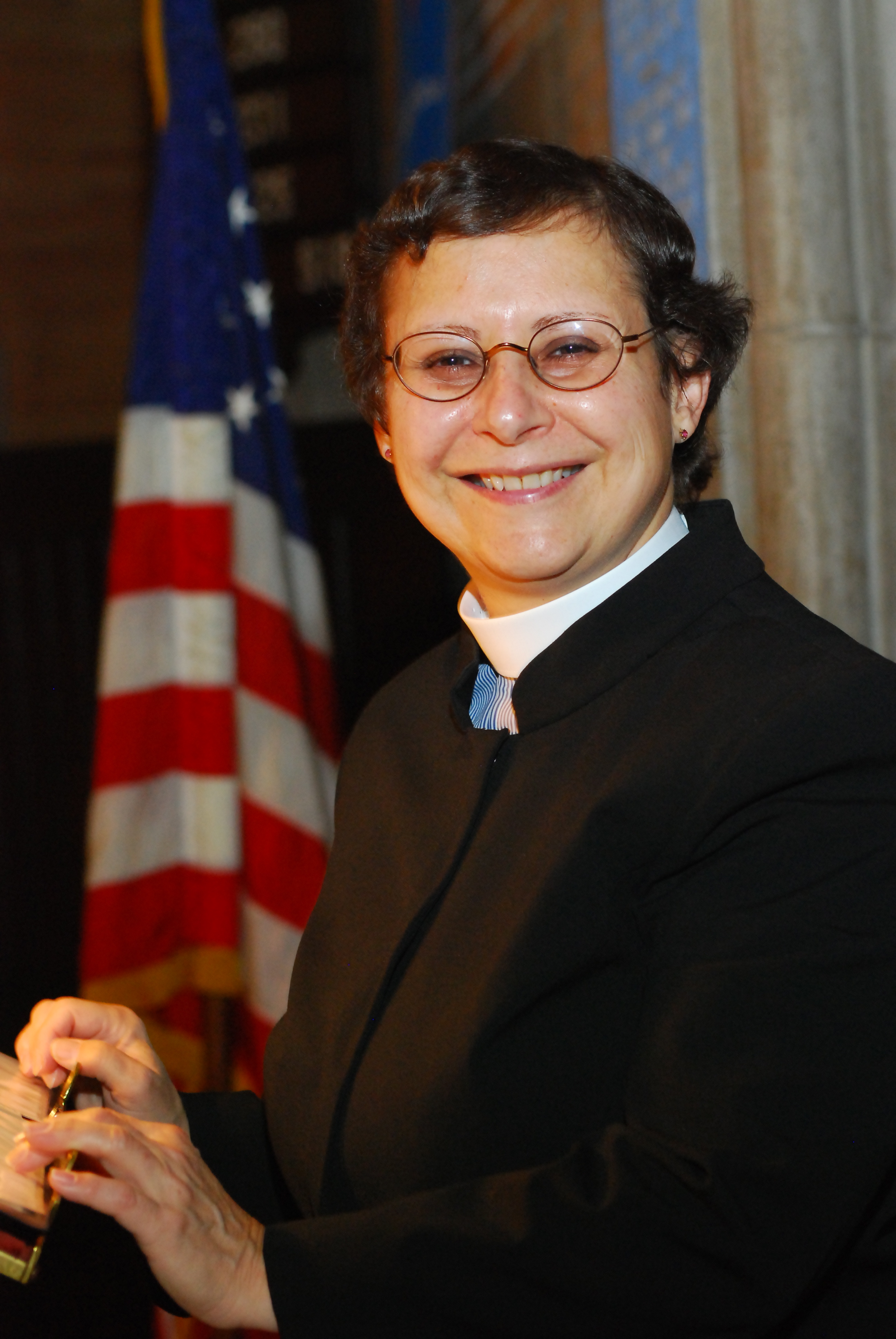 The Rev. Rhonda Joy Rubinson was born in Brooklyn, NY, and was raised in Brooklyn and Fair Lawn, NJ. A Christian of Jewish heritage, Rev. Rhonda was baptized and confirmed by Bishop Paul Moore at the Cathedral Church of St. John the Divine at the Easter Vigil of 1987. She was one of the founding wardens of the Congregation of Saint Saviour at the Cathedral in 1992, and was the first to be sponsored for ordination by Saint Saviour in 2000. She served first as the interim pastor and then priest-in-charge at Saint Philip’s Episcopal Church in Harlem from 2007-2012, leaving upon the successful completion of the search for a rector. Mtr. Rhonda previously served as an assistant priest at the Church of the Heavenly Rest in Manhattan from 2000 – 2007, and as a supply priest at many churches in the New York metropolitan area. She

holds a B.A. from Barnard College, and M.A.s from the Columbia University Graduate School of Arts and Sciences and Union Theological Seminary. A lighting designer and theatrical production manager by trade, she worked as the Technical Director of the Theatre and Dance Departments at Barnard College for a total of 28 years, and has designed lights at Lincoln Center and many venues in New York, the United States, and worldwide, primarily for dance and symphonic productions. She also was the set and lighting designer for Suzanne Vega’s World Tour ‘87, and while at Barnard directed John Cage in an original production of their own devising, The Bus to Stockport and Other Stories. Mtr. Rhonda is also a US patent holder for an invention addressing indoor air quality.

Mtr. Rhonda gives thanks to God for surviving stage 4 breast cancer, and has published Lessons of the Spirit: A Christian Spiritual Companion for Your Breast Cancer Journey to help others do the same. She is also the author of Steroid Spirituality: How the Bible Can Help Us Play Clean, and the upcoming Adventures in Cooking with Mother Rhonda, a sample of  editorial board of the Episcopal New Yorker and on the Jewish – Christian Dialogue Committee of the Ecumenical Commission of the Diocese of New York.

© 2016 Rhonda J. Rubinson. All Rights Reserved. There will be no copying of any articles unless given permission. Designed by Yellow Dog Designs.